I spotted an advertisement on Facebook for a car show at Boree Creek, thinking this might be a bit of an adventure for the schoon club, aka, Donny James and Phil Dryden I made a couple of calls and they were eager to go as well. With the Corona virus looming, it might be our last chance to get the cars out for a while. Phil was straight on the phone to ring up the pub for accommodation, all booked out so it was decided that we would camp under the stars, something I haven’t done for quite some years.

An early start Don and I picked Phil up in Corowa and we headed out west. West, or wild west should I say, to be more accurate. Arriving in town about eleven a few cars were parked around the towns major and only attraction, the pub. After introducing ourselves to the Publican who seemed to be the event organiser said ‘park anywhere you like’ so after trying a couple of spots it was decided right opposite the pub would be a good vantage point for the days proceeding.

No sooner had we got the chairs out, when Donny came trotting across from the pub with three frothy pots in hand, I could see this was going to be a big day.

The town was a lot like the old western movies towns a row of shops down the main street, all empty and had been for many years, the old fifties café still with all the old fridges, counter and old signs still inside, the wide verandah running the full length of the street.

The pub, like an oasis in the desert looked out of place, brick veneer and all, the original burnt down in the 90s out the front there was a girl playing guitar and singing and another lot on the Barby cooking all sorts of stuff, I can vote for the Kransky and cheese.

The place started vibrating as thirty to forty Harleys hit town on their annual poker run followed by a huge bus load of support crew following along. As the day progressed cars and trucks of all sorts rolled in, but the bit that got me was after everyone had a very social afternoon partaking the local brew they just got in their cars and left, but as you might think they would sneak out of town as inconspicuously as possible, oh no it was customary that you  do a burn out in front of the pub. This was not restricted to the big horsepower cars but anything with two or four wheels seemed the norm. everything had ago, from the big Ford raptors to an old Toyota Hilux driven by a guy straight of deliverance. He had one tooth left in the middle of his mouth. Also on display was a Lamborghini when he left he would have being doing 100mph by the time he got to the derestriction sign.

As the afternoon wore on and the pots flowing freely it was decided that we better set up our sleeping arrangement, Don went over to the pub to ask where we could camp, same reply as before ‘anywhere you want to’.

The only place that had any green grass was the Tim Fischer park, so that was it, we drove our cars into the park set up the marquee and don rolled his swag out in the back of the turd, while Phil and I opted for a stretcher under the stars.

This trip was certainly an experience and a great time to kick back and meet the locals. A great weekend thank you Don and Phil. Cheers 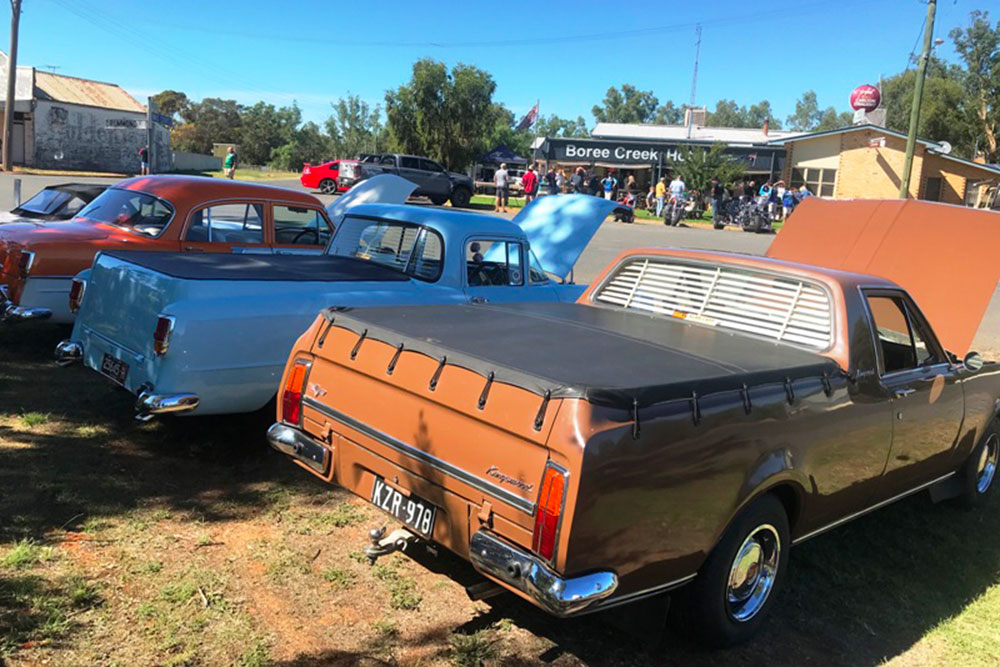 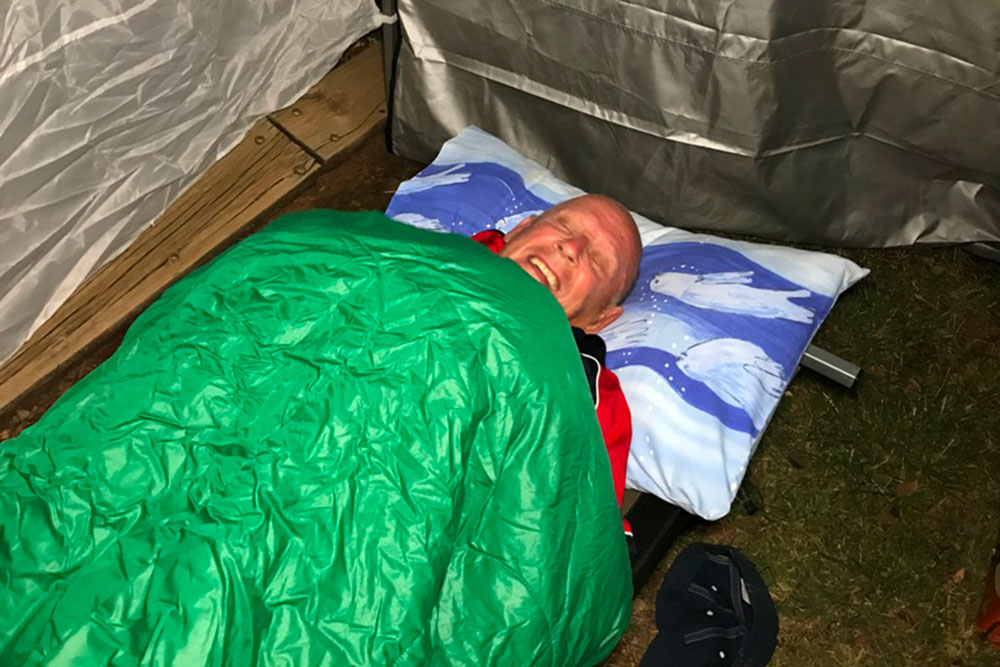 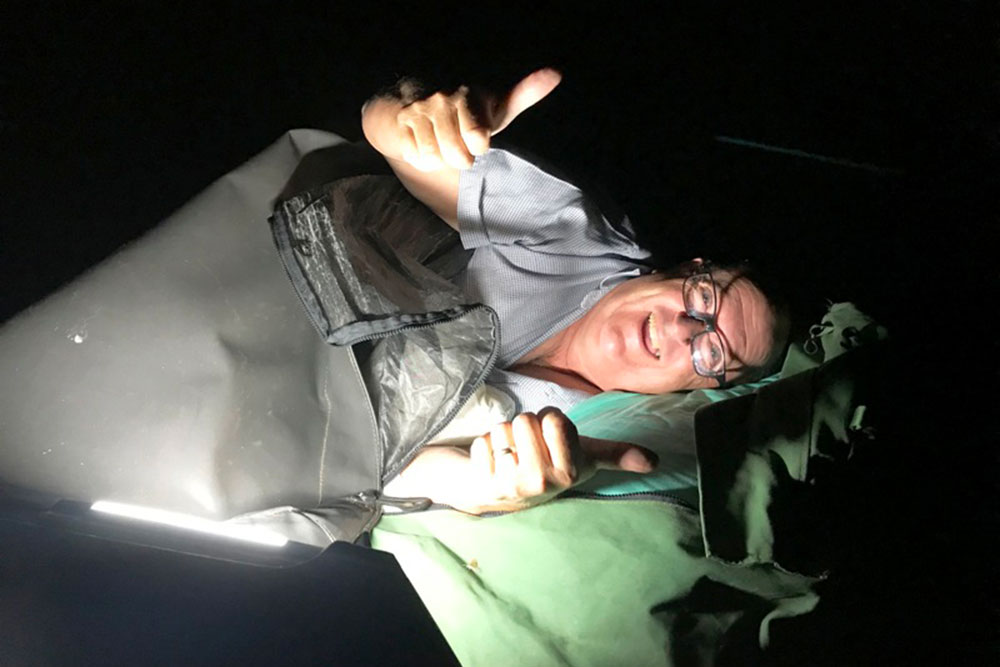 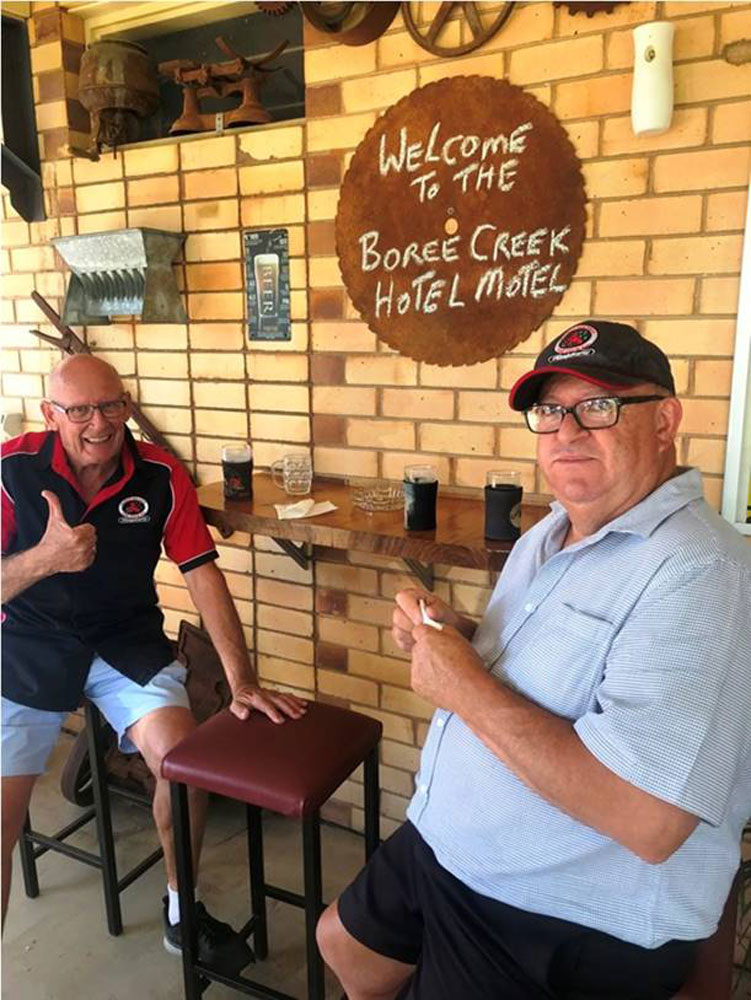