With Covid 19 rearing its ugly head again we will continue to assess our planned runs, events and meetings in a responsible manner and keep you informed. Stay Safe!

A reminder that subs are due NOW. AND, if you have a red plated car and haven’t paid, your concessional registration is invalid and your car is unregistered and uninsured. It is the clubs duty of care to notify Vic Roads of members with red plated vehicles that they are not financial members of the club. Pay online as below.

Holden Proving Ground at Lang Lang for sale. Hey Phil, have we got a few bucks in the kitty? 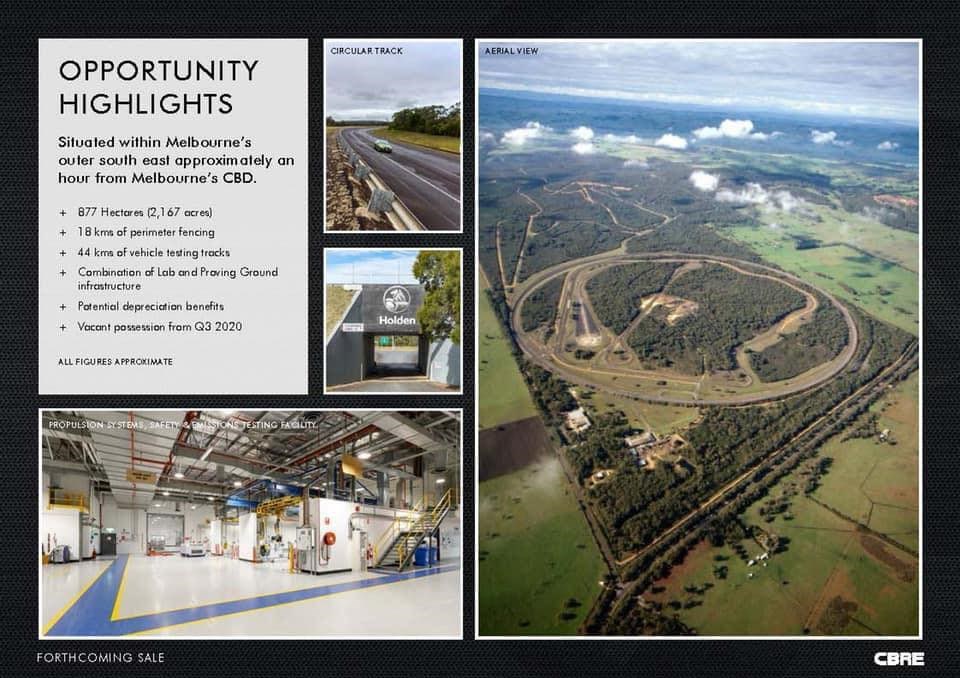 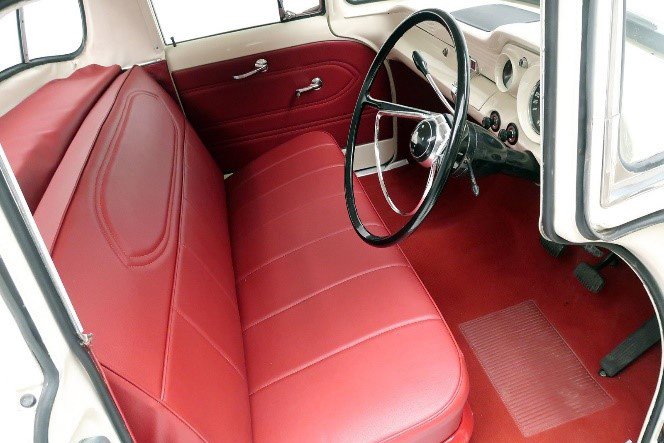 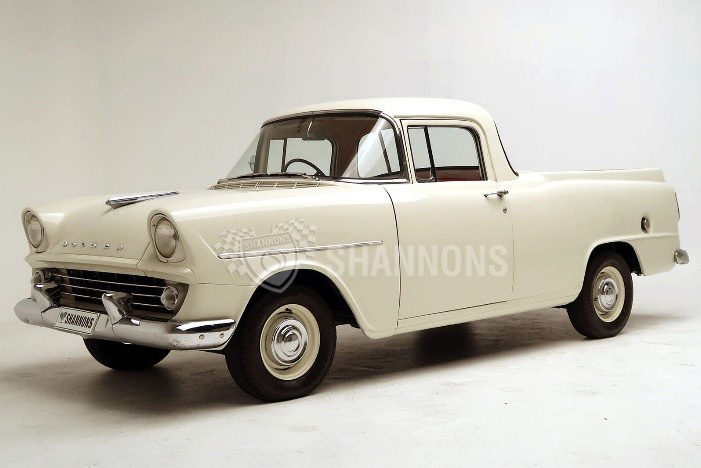 Holden’s FB series succeeded the FC in January 1960, becoming the third all-new body design since the introduction of the original FX model in 1948. With styling firmly rooted in Detroit of the 1950s, the FB’s toothy, chrome-laden grille, wraparound glass, curved roofline and rear wings were strongly reminiscent of the ’57 Chevrolet – itself one of the best looking cars of the era. Underneath, Holden kept the rugged Aussie-developed running gear, the trusty six-cylinder motor bored out by 1/16 of an inch to cope with the added weight of the new body. By raising the compression ratio to 7.25:1 Holden’s engineers managed to extract 75 horsepower from the Grey motor’s 138 cubic inches, resulting in performance perfectly adequate for Australian conditions.

Both the clutch and brakes both came in for some improvements, while the suspension saw the use of thicker rear leaf springs and revised spring and shock rates for better handling and improved ride quality. The FB model range consisted of six distinct models, including the Standard and Special Sedans and Station Wagons, Utility and Panel Van.

With Ford about to launch a locally-assembled version of the Falcon, the FB was critical to GM-H’s future (it was even built for export in LHD guise) and succeeded admirably, with just under 175,000 sold in fourteen months, before the revised EK appeared. The FB Holden makes a great classic Aussie car, one that can be enjoyed on a daily basis thanks to its inherent reliability, cheap running costs and plentiful availability of spares. With plenty of chrome, two-tone styling and period details the FB has an abundance of charm and is fast becoming one of the scarcest Holden models.

A good number of members and cars rolled through the quarantine line at Ken’s Shed on 14 July. Red plated cars were checked by the appointed officers and Phil collected the fees for 2020-21. Members were treated to a sausage sizzle to ease the burden of parting with their hard-earned cash. Thanks to everybody that turned up and to Ken for his hospitality. 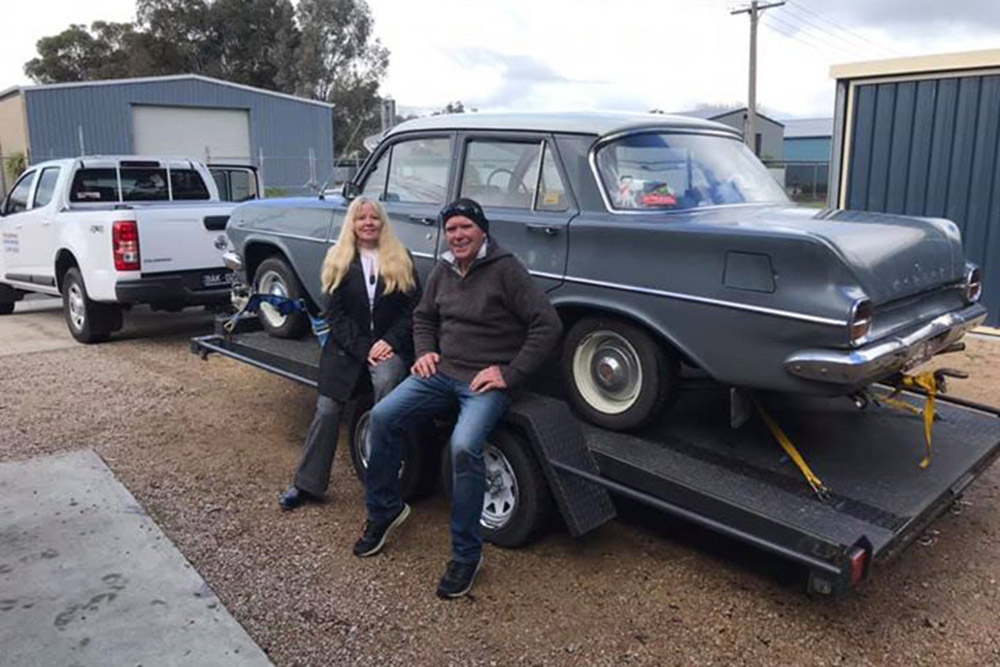 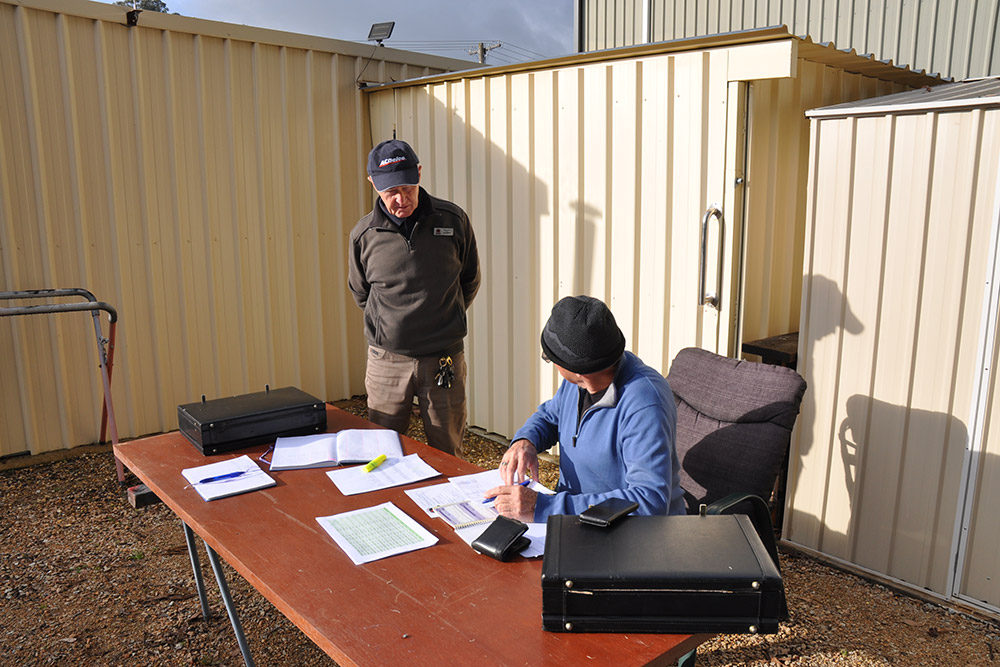 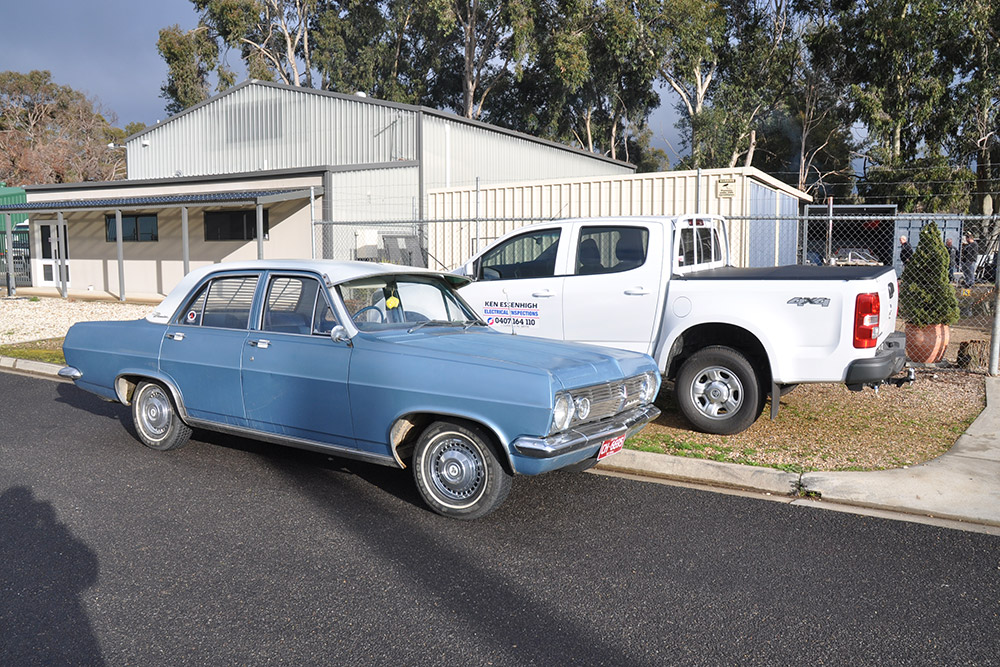 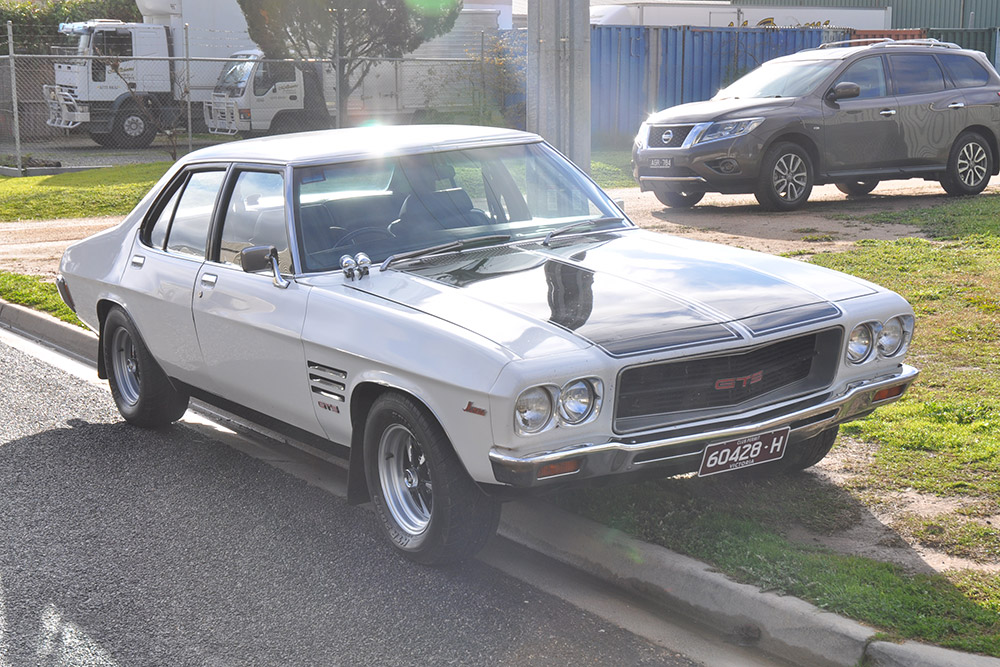 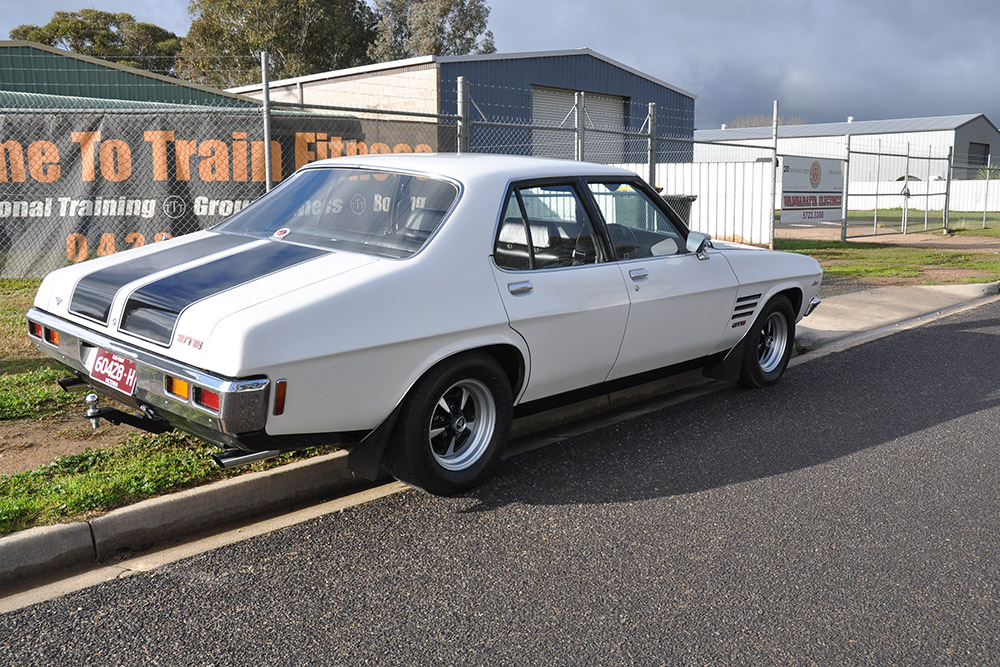 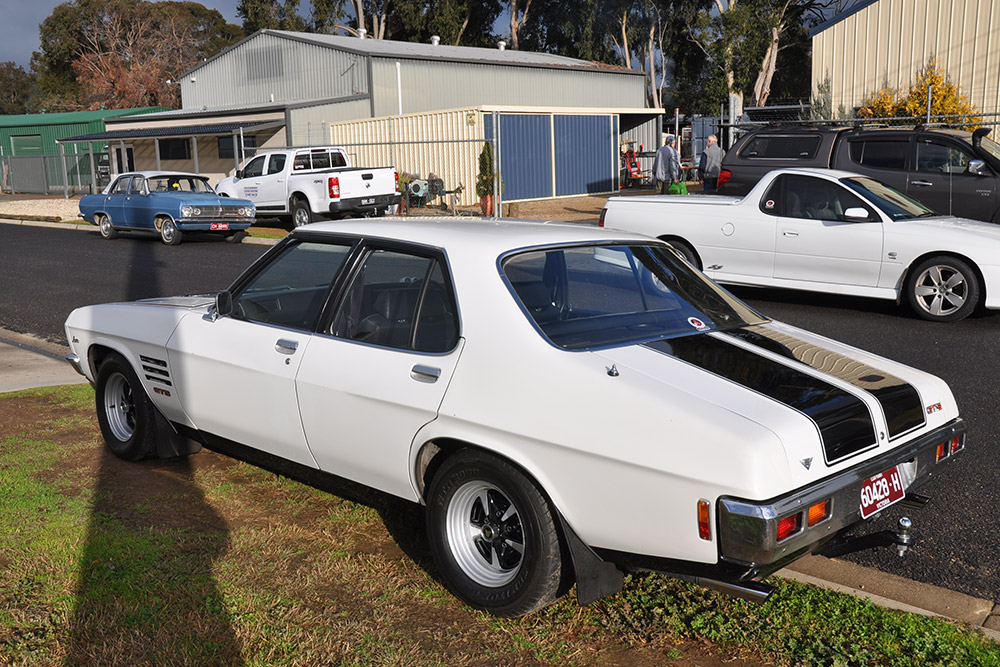 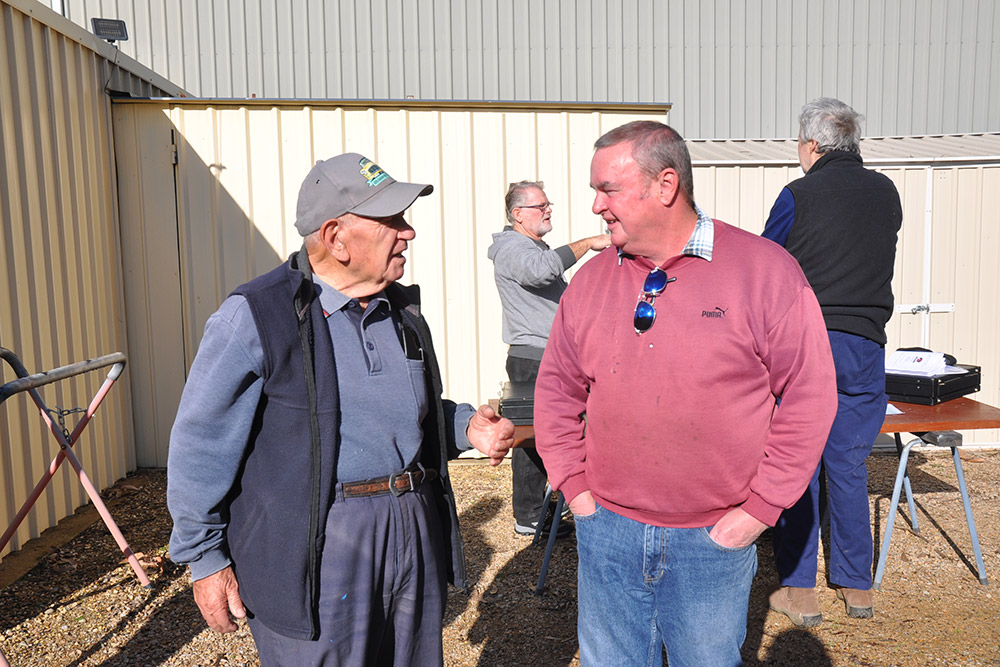 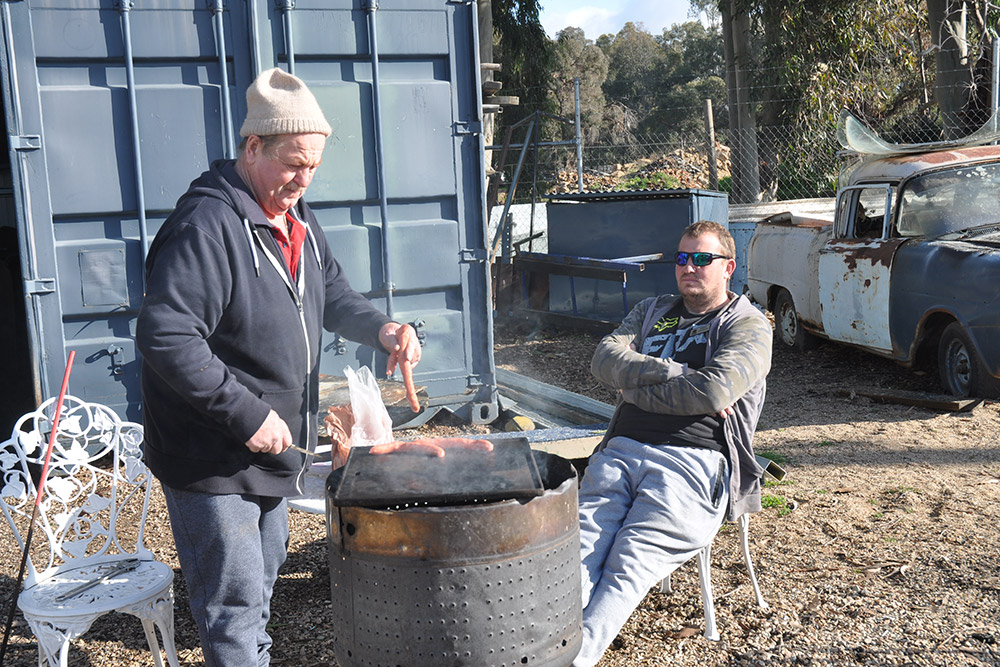 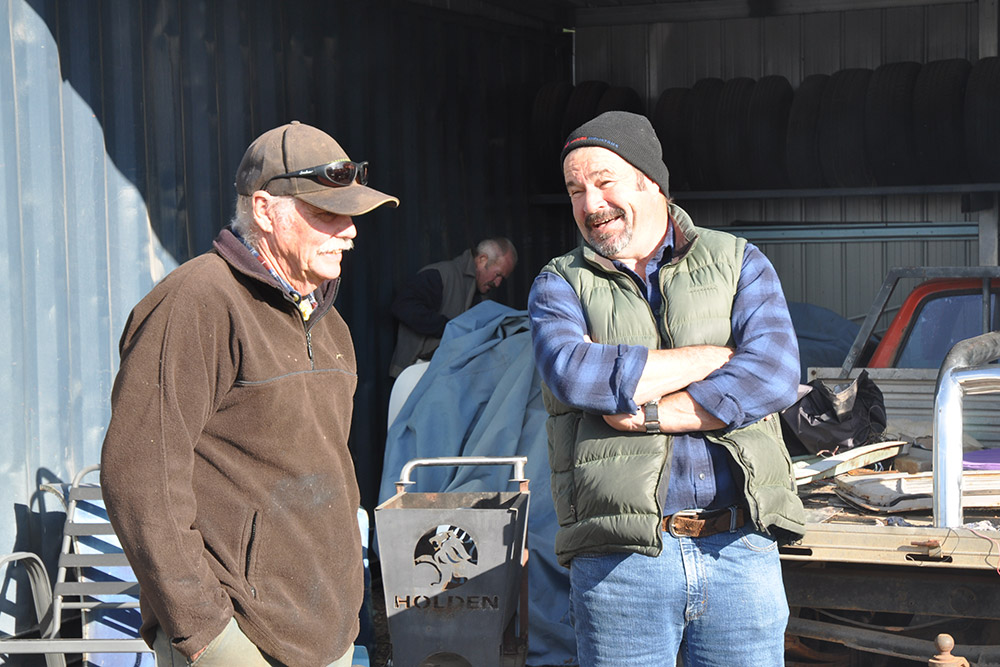 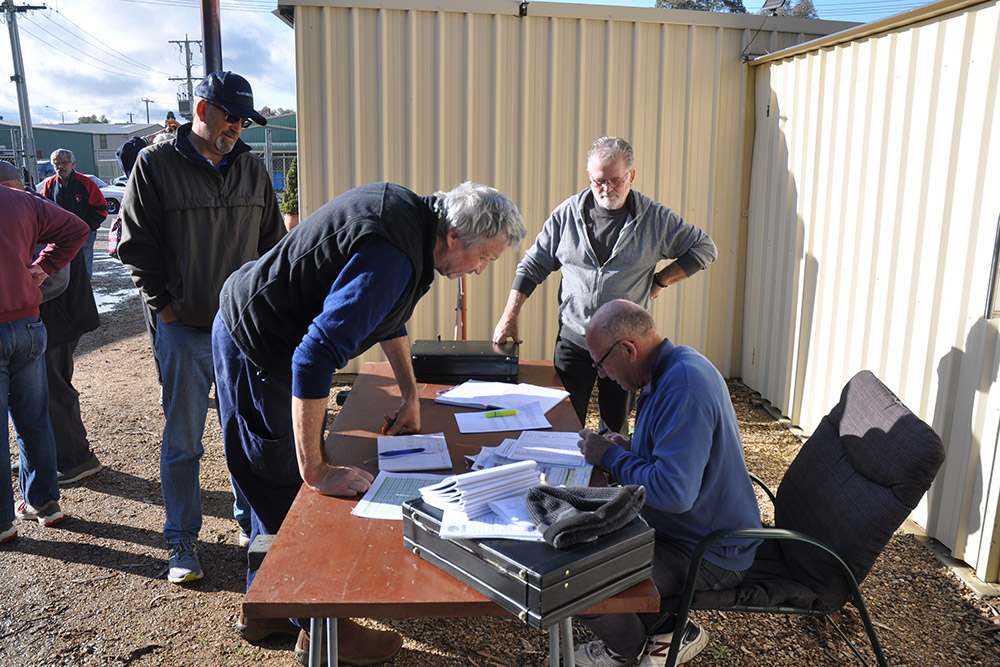 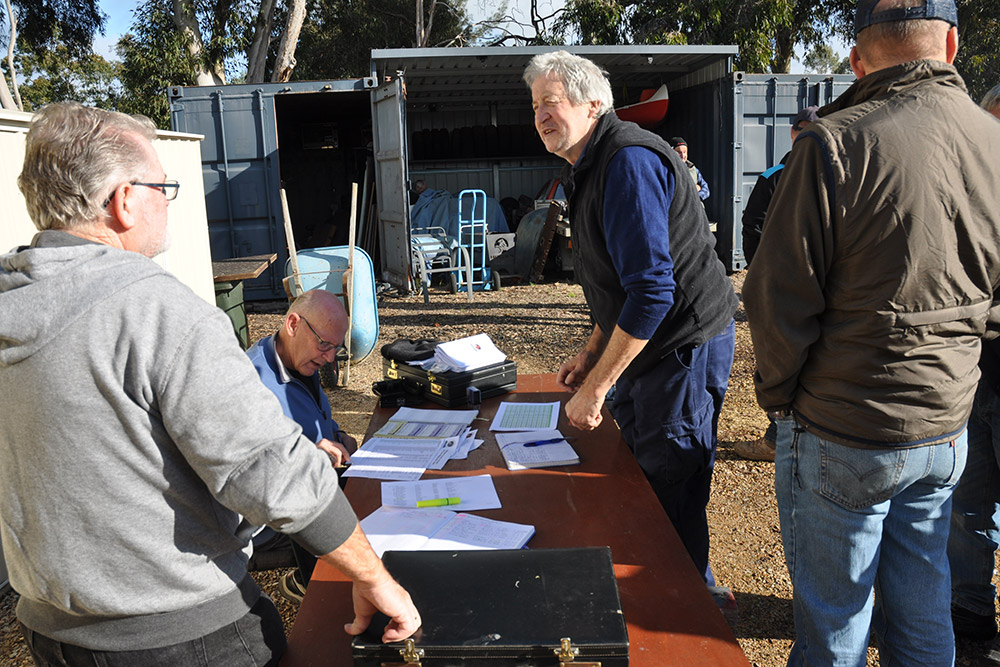 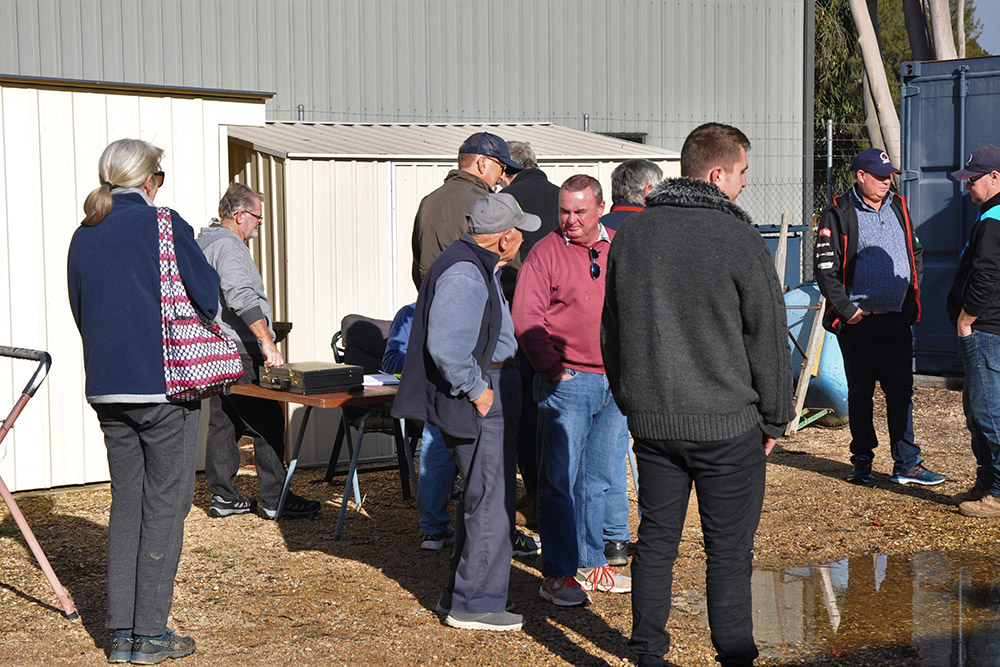 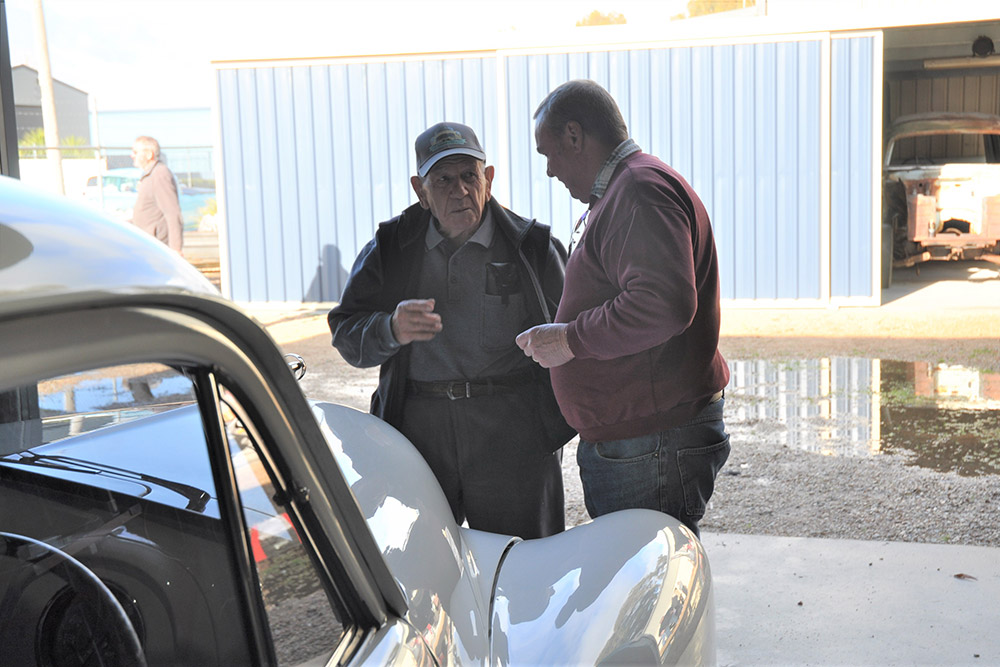 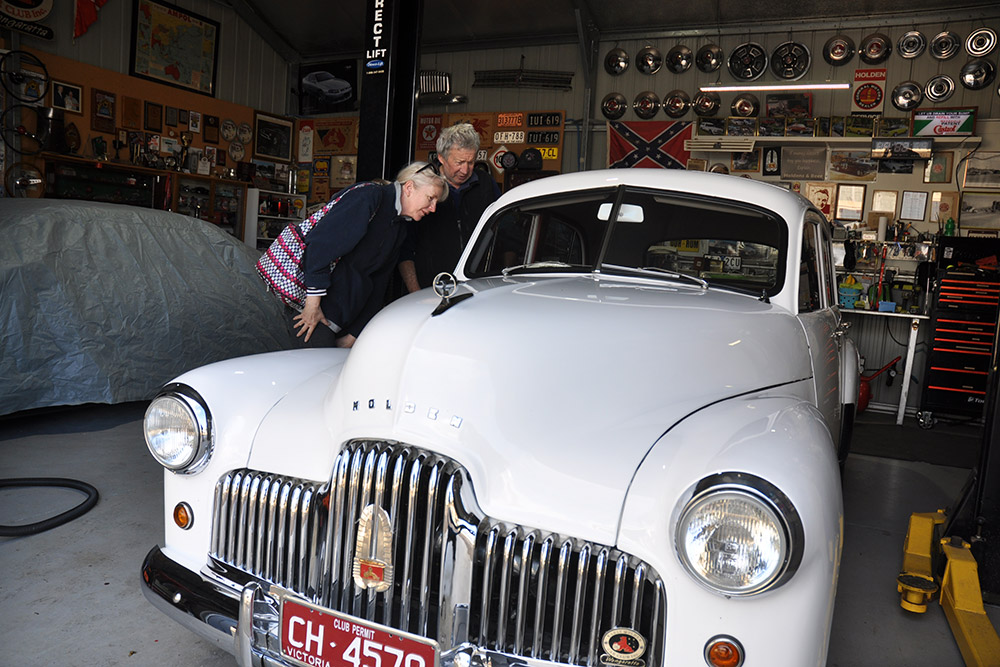 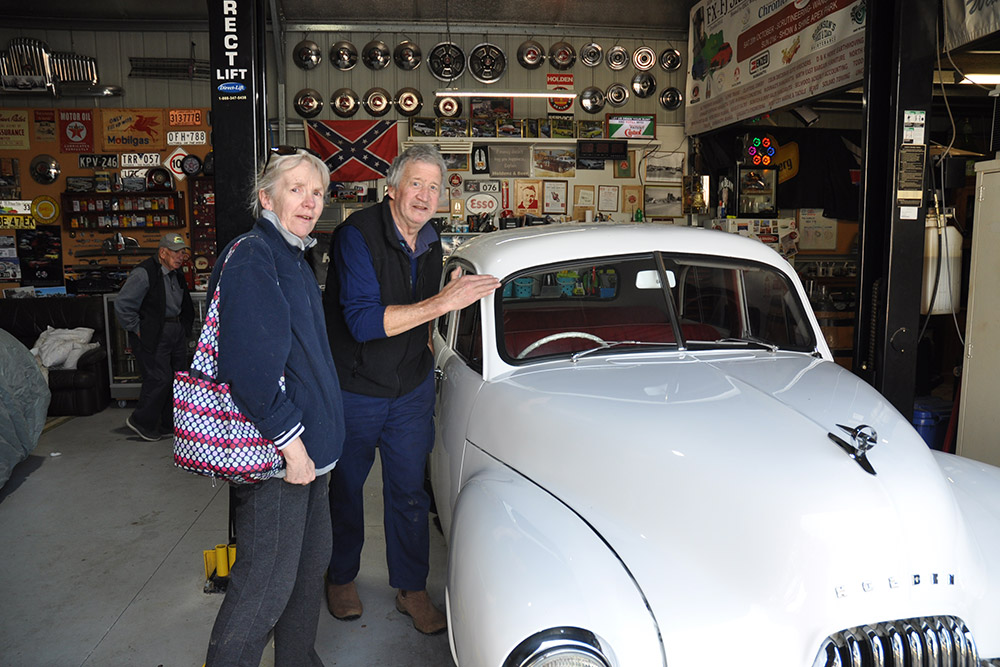 An EK sedan was recently stolen in Beechworth, now recovered in Wangaratta. Stay alert and lock up! 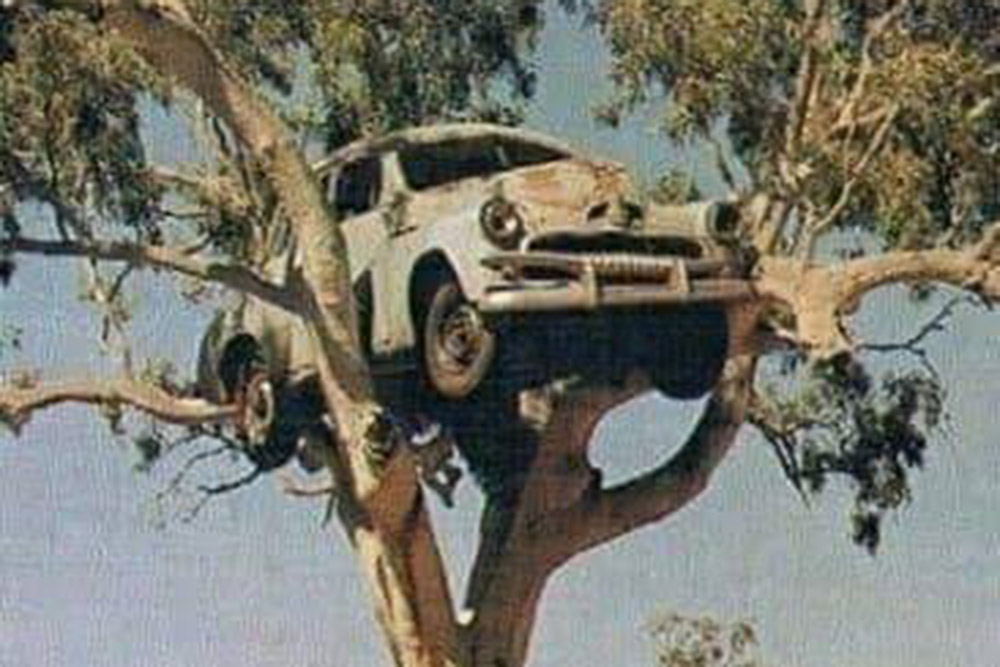 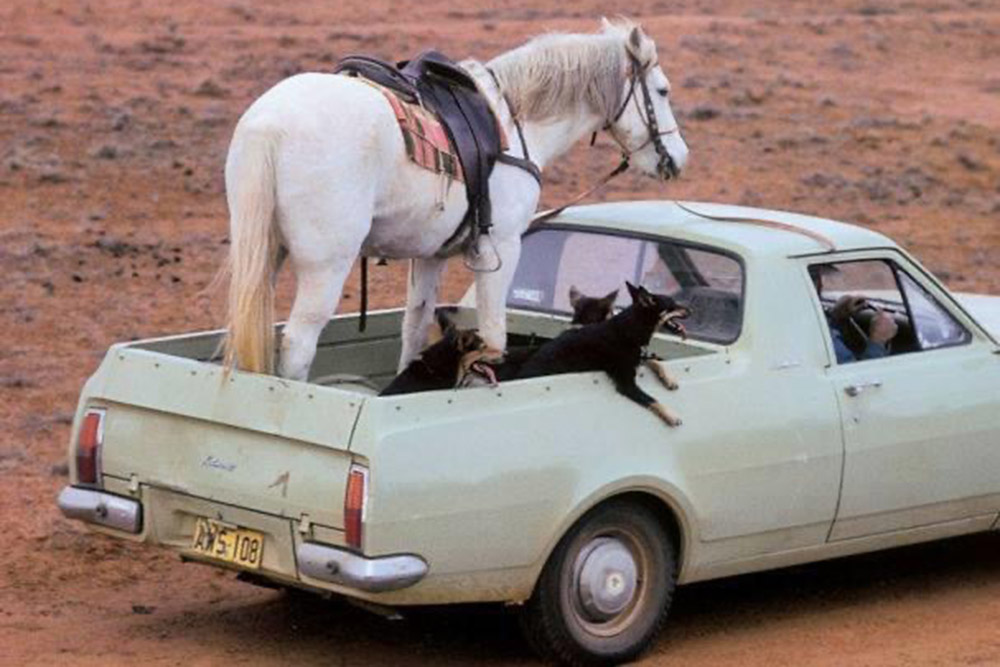 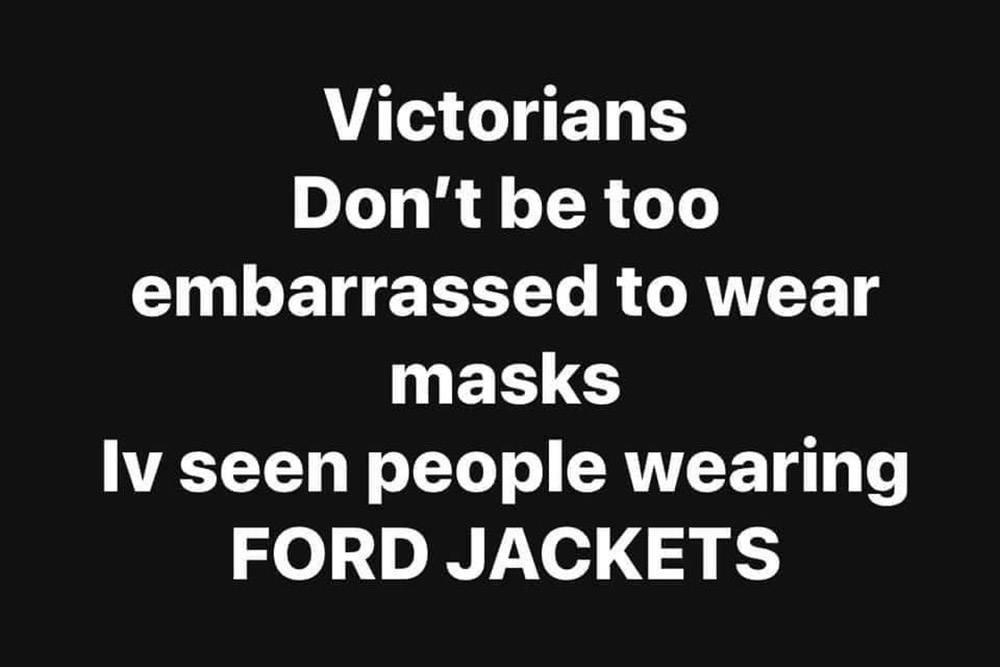 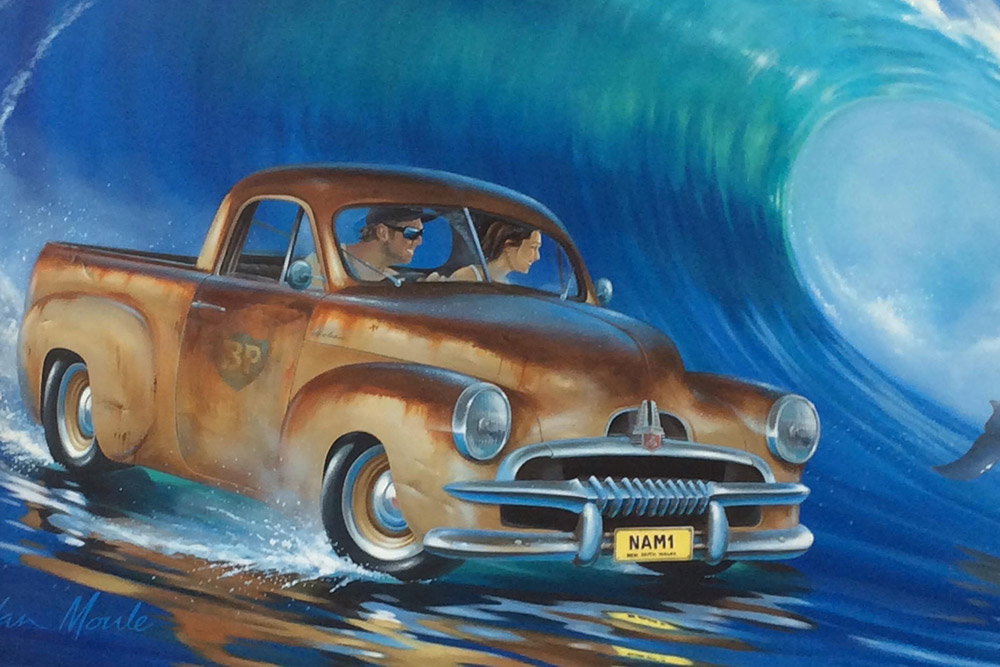 This 1969 Holden HT Monaro 57D race car was recently sold at auction for $750,000 setting a new record. It scored the highest price for a road registered Australian Holden ever sold at auction, with several bidders vying to snap it up. The 1969 Holden Monaro GTS350 V8 was the company’s first factory-funded race car. It competed in the Sandown 500 wearing the number 57 in the hands of Spencer Martin and Kevin Bartlett, but crashed and never raced again.

The site previously occupied by Wangaratta Holden currently offers a photo opportunity for your early model.  Get your car down there and grab a picture before the signage goes. EHCC secretary Ron Briggs did and his beautiful car is featured below. A number of other great photos have popped upon EHCC Facebook. 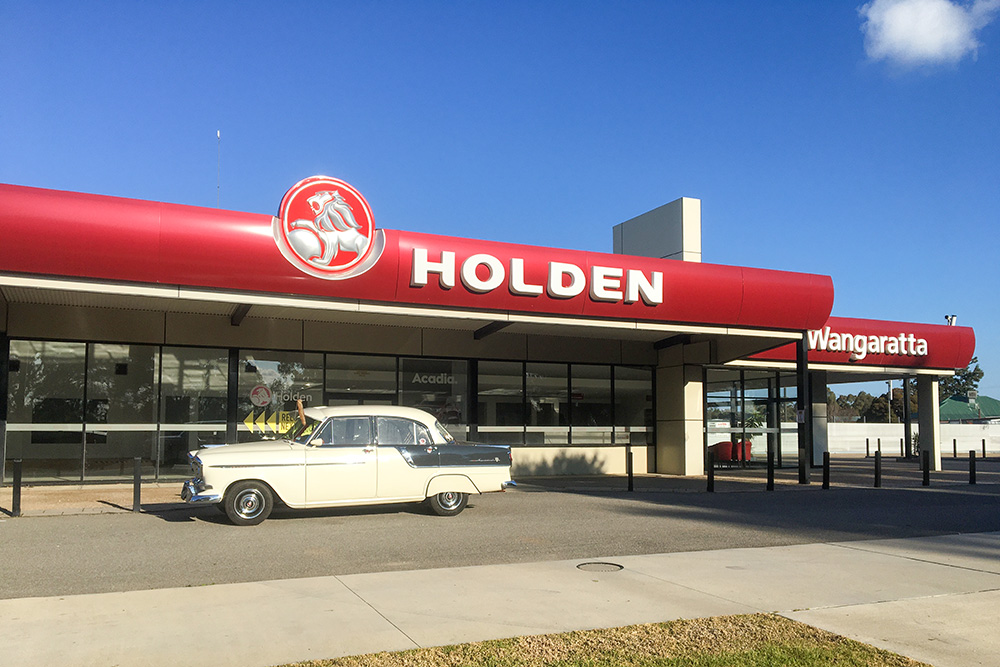 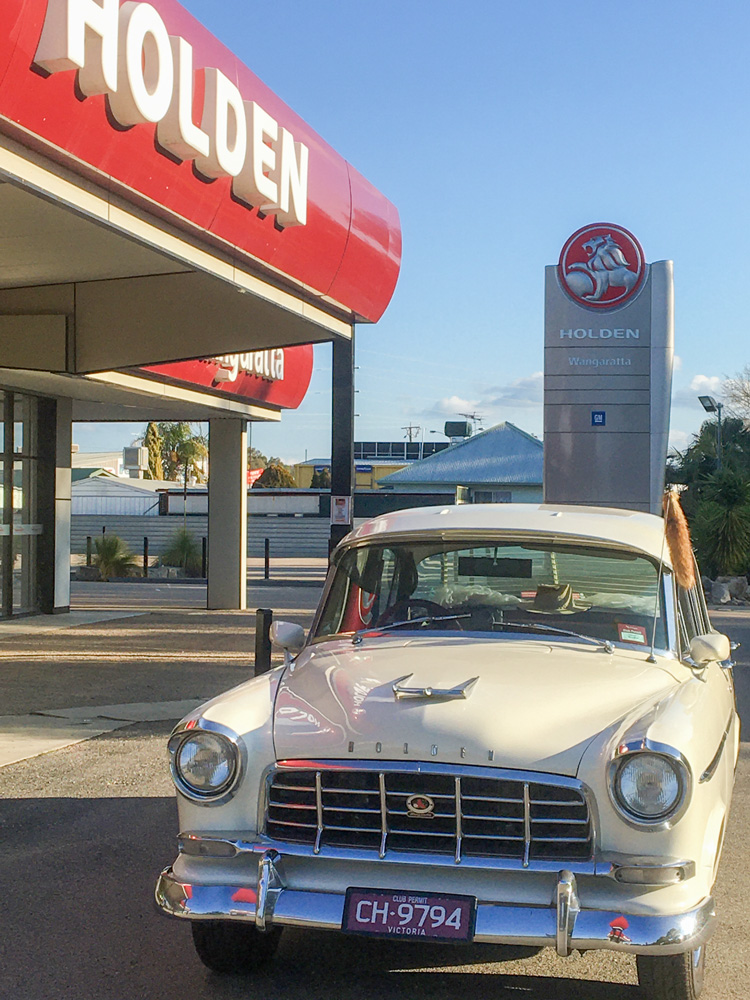 Club meetings through July and August are cancelled at this time, BUT the August Mystery Run & BBQ on 9 August is on and departing at 10.30am from Apex Park Wangaratta, BYO chair, drinks and a salad.

The Nationals were first held during April 1977 in Sydney, followed in December of the same year in Tumut NSW.  Now the Nationals are held every two years in various locations throughout Australia. All modified or stock Holden FX and FJ vehicles are welcome.

The Mansfield Classic Holden Nationals is open to all Holden models built from 1948 to 1980 including stock, unrestored originals and modified vehicles. The festivals schedule will feature activities such as Street Parades, Mystery Run, Dinner Dance, Show N Shine and more, with a focus on family fun and community involvement.